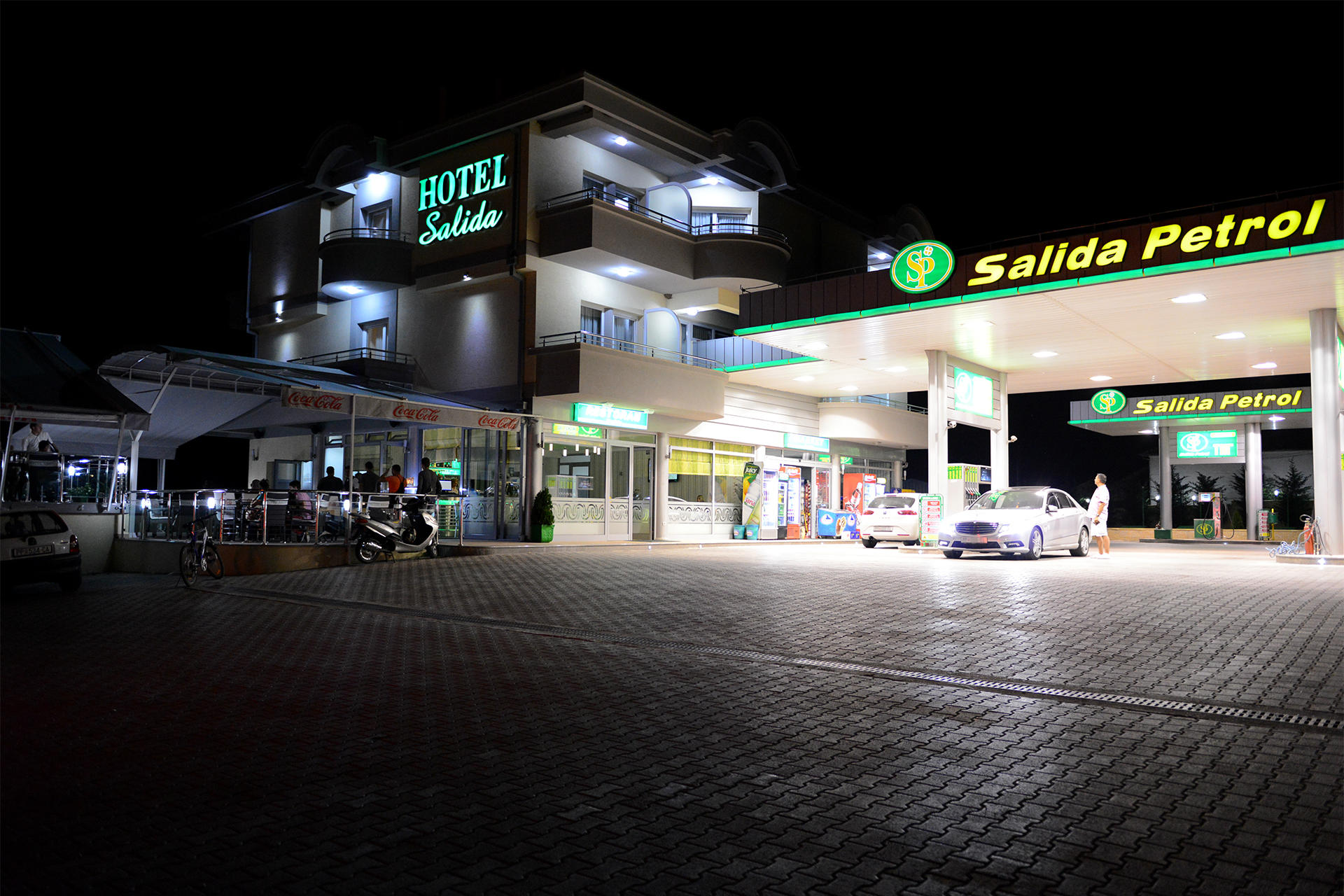 The Salida Hotel is located in the western end of the town of Prilep. It offers you a maximum comfort that will satisfy all of your need and demands.

The hotel counts 12 rooms and 2 luxury apartments with an overall capacity of 38 beds.

Our chefs can offer you any meal according to the recipes of the standard International and the traditional Macedonian cuisine. 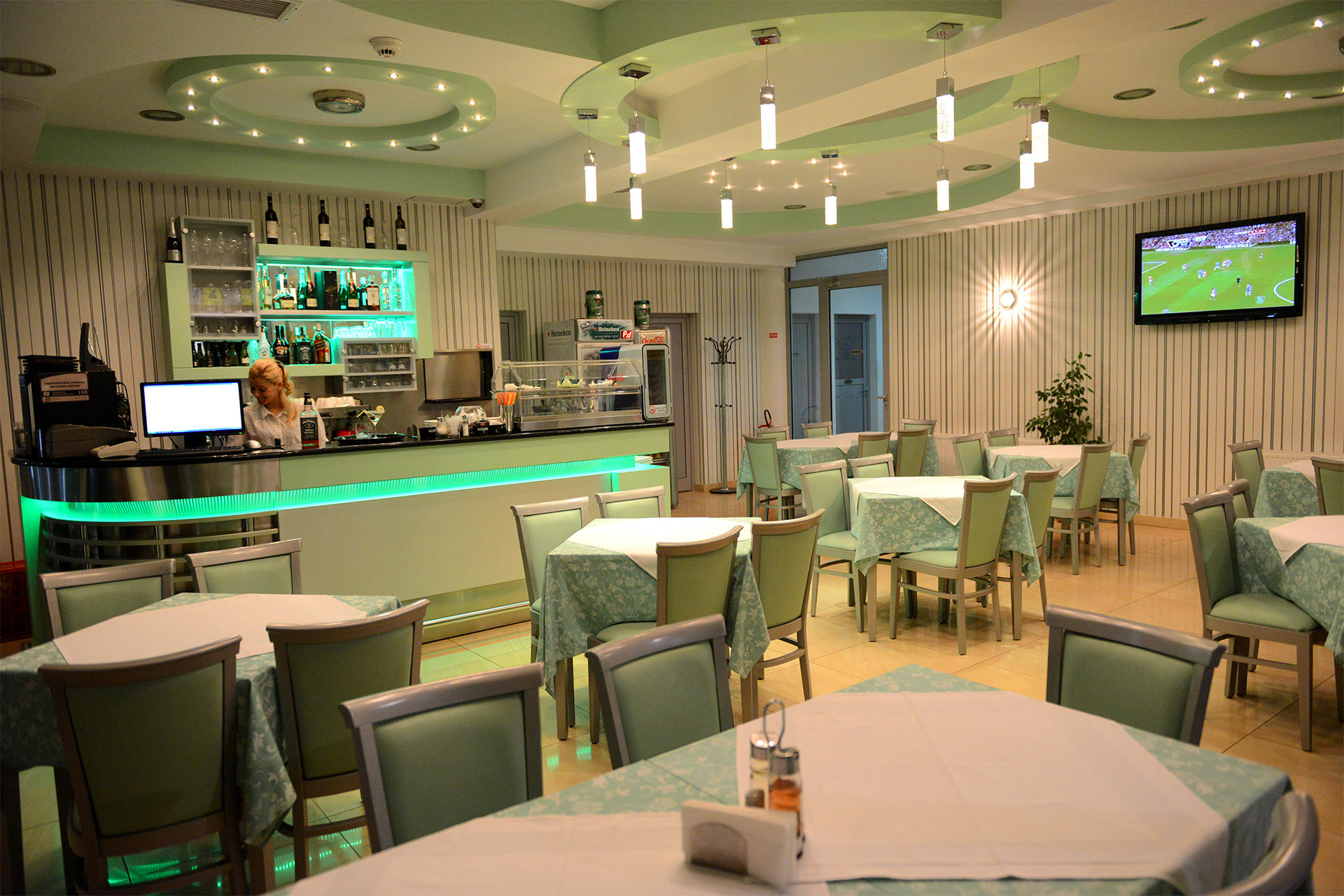 Prilep is located in the centre of the south part of Republic of Macedonia. It is situated in Field of Prilep that is in the north part of the largest ravine in Macedonia, Pelagonija. The town is at an altitude of 620 – 650 metres. Prilep's metropolitan area is covering some 511 sq km with a population of about 73 925 (69 888 of them live in the town).

In the history data, Prilep is mentioned in 1014 for the first time. The area of the town and its countryside were one of the most important strategic, political and military places in this part of the Balkans. Many important crossroads, passing from Greece to Adriatic Sea, were crossing through Pelagonija.

The vital ancient roads "Via Ignazia" and "Via Militaris" were the most natural connection with the whole Balkans, crossing Prilep. The shortest road that connects Venice and Dubrovnik businessmen with the ones in Thessaloniki was crossing through Prilep, too. Through the centuries many cultures have lived in this area, like Hellenics, Romans, Byzantines, Slavs and many others.

It is of great significance to bear in mind the percent of the cultural and historical monuments dated from Middle Age, as following: St. Nicola’s church from XIII century, St. Uspenie church in Bogorodica as a part of Treskavec monastery with XV, XVI and XIX century frescosand icons, and monastery (included St. Preobrazdenie church) situated in the village of Zrze.

The most important cultural and historical place is the town itself. It was the center of the largest political and regional organization, crucial political and military place as well as a temporary residence of Tzar Samuil (between the Marco’s Hills Fortress and the round space within the Under Fortress place, Varos and Zagrad). One of the five largest Balkans that is composed of three defense levels and many buildings and gates is a part of Marko's Hills Fortress.

The most remarkable development of Prilep is in the last quarter of the XIII and the first half of the XIV century. Results of that development are the important monuments from that period such as: The only researching site (represented with a living place) dating from the Slavic period (X century), St. Arahangel Michael church with FRESKOES from XI century. The town business center with the famous Old Bazaar was built in the XV century.

In the period of Macedonian cultural and national revival, Prilep is very important centre of the Slavic literacy, literature and culture.

On October, 11 1941 with the attack over Police station the uprising against fascism started. Macedonian people fought for their national freedom and independence. The Park of Revolution as a historical monument and in the same time the holy joint graveyard in memoriam of over 650 fighters for freedom, is an evidence for the mass and self-sacrificing citizens' participation in the Second World War.

Prilep has its essential growth in the after war free development period. Then it became respectably well known political, administrative, cultural, educational, scientific and commercial centre of Macedonia. Prilep has "invested" more than 25 excellent writers in the literature, more than 20 painters and sculptures in the art, and numerous famous scientists in Macedonia and the world. This obvious development has resulted with the establishment of the Faculty of Economy, and the first scientific institutions: Tobacco Institute and the Institute for research and examination of the former Slavic culture. We can see the business life through many industrial branches like: Tobacco industry, Metal industry, Industry for NEMETALI, Chemical, Textile and Wood Industry. Prilep is famous world center for tobacco production. Its tobacco is especially wanted all around the world. Prilep is proud of its high-quality marble dug from the numerous mines in the area. It has a rich cultural heritage and history, represents our national proud, it is a cosmopolitan town often called The Hero Town.